(Warning: Mild character spoilers – but no plot spoilers ahead!) 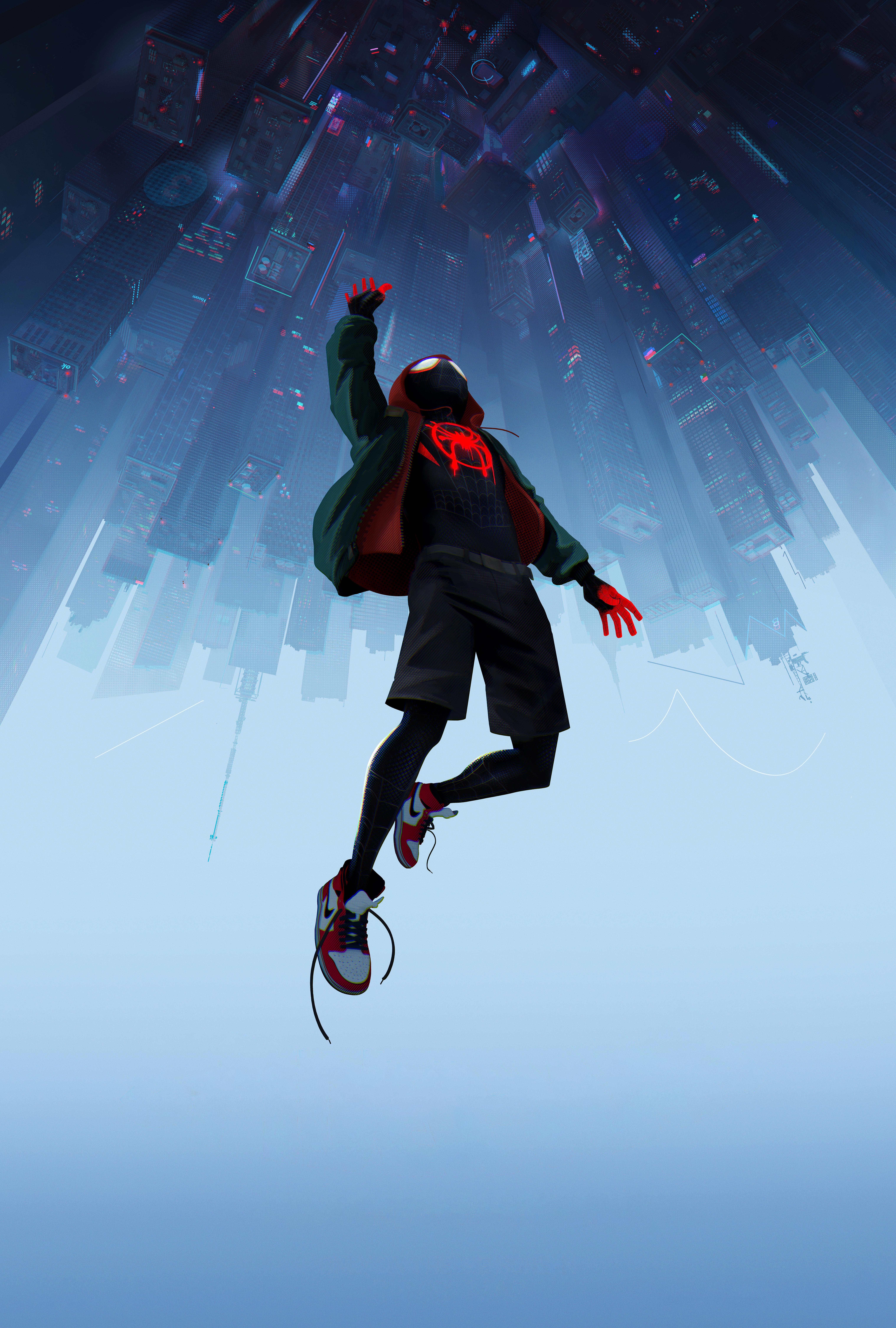 Why be the one, when you can be many? Spider-Man: Into the Spider-Verse answers that question by bucking the trend by giving Miles Morales his long-overdue spotlight and it takes advantage of every iteration of the wall-crawler.

The onset features the Web-head as a cultural icon with a montage that features a few significant moments from the upside-down kiss (Spider-Man circa ’02) to stopping a train (Spider-Man 2) and he even has a Christmas album, too! Miles’ life gets thrown into focus as the movie follows his relationships with his dad, Officer Jefferson Davis and his estranged uncle Aaron Davis and how he’s stuck between many worlds.

He’s a student at Vision Academy, a prestigious school and how his position in life separates himself from his others. There’s an underlying message in how black and brown kids whose parents had to fight a little harder to get the same opportunities as everyone else.

Within the first 20 minutes, He gets bitten by a radioactive spider himself and stumbles into Spider-Man’s fight against the Green Goblin and the Kingpin’s plan to breach into a multiverse to pluck Vanessa and his son from another dimension. Spider-Man dies in the line of duty at Fisk’s hands. With massive shoes to fill, Miles stumbles onto another Peter Parker! One more disillusioned, world-weary, divorced from MJ and with little bit of a paunch and it opens the floodgates to many other Spider-folk and their stories of loss binds them all together.

The cast is fantastic. Shameik Moore and Jake Johnson have fantastic chemistry as Miles and Peter, respectively. Their dynamic is funny, heartwarming and it drives home the fact that despite all their similarities, they’re two totally different people and they learn from one another as it progresses.

The supporting cast is on point as well. Hailee Steinfeld’s Spider-Gwen, John Mulaney’s Spider-Ham, Nicolas Cage’s Spider-Noir and Kimiko Glen’s Peni Parker (with a Spider-Mech) and each of them are uniquely drawn to stand out and it’s a testament to the film’s outstanding animation.

The animation is truly something I’ve never experienced before. Into the Spider-Verse doesn’t shy away from what makes a good comic book. Text boxes are used to brilliant effect depicting Miles’ innermost thoughts and it conveys each of the supporting cast’s different sensibilities from the 1930s noir of Spidey-Noir to Spider-Gwen’s punk rock aesthetic to Spider-Ham’s Looney Tunes-style world and the villains, too.

Liev Schreiber’s Kingpin looks like he stepped out of the pages of a Bill Sienkiewicz drawing* and there’s a ton of amazing shots that are get-it-in-office-print eye candy.

It’s also chock full of easter eggs. Phil Lord and Chris Miller (The LEGO Movie, 21 Jump Street) had a blast placing these deep cut references to the mythology such as Spider-Man’s various suits (even the Spider-Man video game’s suit makes it!) it also pays homage to the late Stan Lee, Brian Michael Bendis and Sara Pichelli (who created Miles Morales).

The writing is excellent. It sidesteps the typical origin story by giving a condensed intro to each of the characters and how they all have lost something when they got their powers. The mask my change but the core of what makes Spider-Man what he is remains gloriously intact.

Spider-Man: Into the Spider-Verse is a massive, gorgeous love letter to all things web-head. It has all the heart, goofiness and undeniable resolve that makes the web-slinger a cultural icon. It’s incredible and putting Miles Morales front and center is icing on the cake. One of the best films I’ve seen all year.

all images are provided by Sony/Marvel