So far this season, Jane has been kept guessing by what Roman is up to and what he has planned next. Nothing, however, has shaken Jane like the revelation that she has a daughter. Elsewhere on the team, Patterson continues to search for the truth behind Stuart’s murder, a murder that could be tied to FBI Director Hirst. What answers will be revealed this week? Let’s find out.

Tattoo of the Week

Sacred Lynx Productions is tied to one of Jane’s tattoos. They came out of nowhere to become a backer of movies starring Keith Rhodes. A part of the tattoo on Jane has some bars that, when given numerical values, reveal an IP address that leads to a paparazzi site that has a fascination with Keith Rhodes. Specifically, the code points to one picture which features the leader of a crime syndicate, Nico Popov. Nico is called The Canary, because he only leaves Moscow if he’s scouting the next heist. Rich Dotcom finds a photo on the site taken the day before in Manhattan that shows Nico in the background. It looks like an attack on US soil is imminent.

Hirst gives the team the power to do whatever it takes to stop Nico. Rich suggests that they go in as themselves by taking on the roles of FBI Consultant. At the studio, Weller is watching an awful fight scene being filmed for Rhodes’ new movie. the finish to the scene has the bad guy zap Rhodes’ character with a defibrillator, but this one is on. Weller yells for an ambulance as he starts CPR. Rhodes gets loaded into an ambulance, but not before yelling out that Weller saved his life and is a national hero. Weller tells Reade and Zapata that the prop master swore that someone had tampered with the defibrillator.

Weller brings Rhodes in for a tour of the New York office and to interrogate him. They explain that Nico is funneling money for terrorist attacks through the movies he produces. Rhodes seems to finally put the pieces together. His producer, Booky, went into business with Nico when he lost money on some major features. Nico wanted control over everything, from what kind of props the production used to the locations in which they filmed. Some of the cities that the films were made in were locations of major weapons plants.

The team figures out that Nico has fourteen canisters of sarin, but now they have to find out where they are being stored. Rhodes says that Booky’s safe would have the info, but the biometric security makes it impossible to hack. Patterson thinks they can find a way.

Jane and Rich are at Booky’s office to distract him with a pitch. Zapata tells the receptionist that she accidentally damaged Booky’s Aston Martin when she opened her car door, leaving the receptionist desk vacant. That allows Weller and Patterson to slip into Booky’s office. Patterson gets a fingerprint from Booky’s keyboard, allowing them to get through the first security measure of the safe. The team has to get Booky to mention three randomly generated words to get into the safe. Excalibur, poodle skirt, and butterscotch make up the trifecta. They get what they need and slip out with Booky never the wiser.

Patterson finds a sample of Nico’s voice so that they can find out where he’s moving the weapons. They now need a sample to match it with to gain access to that information. After finding the matching sample, they learn that Nico is moving the contraband in the set of a film called ‘Wings of Icarus.’ Weller, Jane, and Rich head to the warehouse, but they’re too late. The attack is in motion. Rhodes runs into the warehouse and gets shot.

A shootout begins and Jane chases one of the gunmen to a trailer, where she drops in and knocks him out. He has a vendors license for The Blue and Red Streetfest. The mayor and lots of first responders will be there. Rhodes tells them that there are food carts at the prop house. Jane and Weller reach the prop house right as Nico and Booky are arguing. Another shootout. Jane knocks out Nico and Rich uses a flamethrower to explode some canisters and burn off the contents.

Patterson and Zapata fill Weller and Jane in on their theory about Hirst being dirty. They say that Hirst is covering up Stuart’s murder. Jane says that this is what Roman wants, to have them take down the FBI Director. Reade is either going to be an obstacle in taking down Hirst or get pulled down with her.

Patterson and Zapata tell Jane that they need to rescan her tattoos. They think that Hirst may have corrupted the existing tattoo database and they want to setup their own. Jane points out that they can’t get the disc used to illuminate her new tattoos out of the building due to the metal detectors at each exit. Zapata tells them to get the disc and she’ll take care of the metal detectors.

Patterson and Zapata are hoping to sneak the disc that reveals Jane’s tattoos out in a fake flask. Don’t worry, it still holds liquor. Reade enters, grabs the flask and says that whatever they’re doing, especially if it involves Hirst, they have to stop it.

Reade confronts Hirst about her connections to the Loewe family, but she evades by talking about trust and how she trusted he was the right one for the Assistant Director’s job even with his history of drug use, which she covered up. He shows up at Jane and Weller’s announcing that Hirst is dirty and needs to be taken down. He snuck the disc out in the flask he took from Patterson and Zapata. Everyone from the team is inside with computers and monitors set-up everywhere.

Jane tells Patterson that she has decided that she doesn’t want to find her daughter. Later, Patterson tells Weller that one of the lines she put out in search of Jane’s daughter caught something. Weller tells her to give it to him and he’ll make sure it’s legit before showing it to Jane. It’s the name of a nurse who worked in the maternity ward the day Jane left the hospital. The nurse kept her own records. Weller seems to be ready to give the info to Jane, but she kisses him and says she’s found her happy ending before he can tell her anything.

In Barcelona, Roman, still posing as Tom Jakeman, sets up a run-in with Blake. She’s still wearing the bracelet he bought at auction. She practically grew up in Barcelona and she offers to show him some of her favorite spots later that afternoon. Before the day’s out, the two get very close.

This was a fun episode. The case of the week moved nicely and they still managed to give quite a bit of development to three other storylines: Hirst, Roman, and Jane’s daughter. It also left us with greater questions. Is Hirst really as bad as we’re being lead to believe or is she being set-up? What is Roman’s end game with Blake? What will happen when Jane and her daughter meet, and what will happen when she finds out that Weller knew the whole time?

(Featured image by Will Hart/NBC/Warner Bros.) 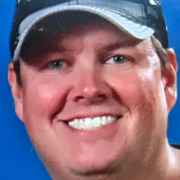 Chris is a writer, podcaster, and YouTuber for NerdWide.com and also a contributing writer for Pure Fandom, covering 'The Blacklist' and 'Blindspot.' In his free time, he enjoys reading, opening sub-boxes, adding to his already too large DVD/Blu-ray collection, and listening to amazing music.