This episode has certainly put us on track, plot-wise, for this season. My feeling, on the other hand, they could use some time to heal. Props to Mr. Samuel Barnett for acting out what is essentially Dirk Gently having PTSD caused by his time in Blackwing. He did an amazing job and reduced me to tears.

The cast always does an amazing job.

The episode starts 50 years ago when the Cardines couple hears a ship fall to the ground. It’s misty and like a couple who’s never seen a horror movie, they actually walk into it to see what’s happening. There is a sound of a baby crying and now I’m wondering, is that the boy of the prophecy?

Dirk Gently and My Emotions

So we finally witness the breakdown that Dirk Gently has been leading us toward. It is hard to watch and completely heartbreaking. He blames himself for everything that is going wrong and by the end of it, he has completely given up on everything. Even Todd can’t seem to talk him out of his funk.

It doesn’t start out well, waking up in the cell with Bart. He’s still terrified of her and yet, he’s still asking if she has any answers about what they are. He wants the case to end so badly before anyone gets hurt because of him and before The Mage kills him. Panto has no idea who Suzie is, and Dirk just wants them all to stop questioning everything. They call Suzie and she is going completely nuts. She tells them she’s going to Kill Dirk Gently and if they get in her way, she will kill all of them.

She is really scaring me.

Suzanne and the no good, very bad day

So Suzie has gone off the rails. She’s turned her son, who seemed to be having a change of heart, into a frog. When The Mage is questioning everything he knows about his world and his life, she tells him that he will deliver what he promised her or she would destroy him too. She decides to go to the hospital and kill the boy and on her way there she kills so many people. Like so many. With shapes.

Dirk blames himself after he had shown up with everyone to talk to him and try to get him out. Something new to blame himself for. They run and Farah even manages a headshot on Suzie and it does no one good. There really doesn’t seem to be anything human really left in her when she has contact with the wand duck taped to her hand.

Mr. Priest and having fun

So Mr. Priest is continuing to be crazy and out for blood. He helps our heroes a little this episode by shooting Suzie, which didn’t really do much in the long run. Mr. Priest is also completely done with this town. He haunts down Dirk Gently all the way to Cardines house and knocks out Farah while telling Dirk that he’s killed her.

Dirk seems to just shut down when he hears Mr. Priest’s voice and just accepts that all his friends are dead and there is no way out of it all. Todd tries to talk him out of it and also figure out how to get to Windemoor from the room.

Amanda parties it up in the other land, connecting with the Rowdy 3 and figuring out what’s going to happen from there. Martin tells her that they’re in no hurry to go anywhere and she’s the boss now, they will go where she wants them too.

I’m so happy for her!

She decides to stay and learn more about herself and even manages to control her disease. She receives a vision that confuses her but the clearest thing is that the Mage’s army is coming and she needs to figure out where they are. The Rowdy 3 help her and tell that she need only ever tell them to do something.

Ken is now in charge

Ken has been gaining Friedkin’s trust in the last few episodes and it has all finally paid off for him. He gets a room that he can clean up in and clearance for all Blackwing projects. He is now the one giving orders to Mr. Priest and it doesn’t really turn out any better for everyone. I’m worried Ken is turning sides and I don’t think that would really be good for anyone.

It seems that Dirk Gently and Todd Brotzman will be in Windemoor next episode and maybe even run into Amanda. I’m hoping that Dirk might start healing and Farah is going to be ok. The question of where Hobbs is still not answered and it makes me worried.

This was an episode that was wrought with plot and emotions. 10/10 would recommend.

How angry will you be if something happens to Farah Black? Chime in below or find us on twitter – @Pure_Fandom and @azuraai! 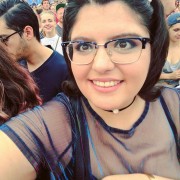