Need a breakdown of Monday, Sep. 18’s WWE RAW featuring the incredible news that BAYLEY IS BACK? Pure Fandom has you covered.

Two quarters of Sunday’s No Mercy title match squared off on Raw, and the women’s division has heated up. Nia Jax and Alexa Bliss put on an incredible match that ultimately ended in a loss for Bliss. Nia proved once again that she is hungry to become to new face of the Raw women’s division. After, it looked like Nia Jax would take out rivals, but then a familiar song played in the arena.

THAT SOUND MEANS THAT BAYLEY’S BACK BABY! The huggable hero raced to the ring to help Sasha and Alex take down the dominant Jax. What does it mean for the title picture now that Bayley’s back? Bayley has officially been added to Sunday’s women’s championship match. It will be Alexa defending against Nia, Sasha, Bayley, and Emma.

No direction for the Cruiserweights

I have no idea what WWE is doing with the Cruiserweight division. I thought last week that Enzo being a crossover star might help the division, but I was dead wrong. This week, WWE decided to basically kill off any hope for an improved direction for them. Braun Strowman is already the strongest and most badass guy on the show. However, WWE found it necessary to make him demolish Enzo and embarrass him DAYS before Enzo’s title match.

This benefit’s nobody. Strowman does not need the extra exposure. Enzo has struggled since breaking up with Cass and this could cause irreparable damage. Also, one cruiserweight match and one women’s division match per show is not what the fans wanted. That’s not a revolution. That one match can be a five star match but that overall doesn’t help either division. I love the Cruiserweights and their abilities, but I’m losing faith.

Brock Lesnar let Braun Strowman exactly what he thinks of him during an interview on Raw. Braun Strowman is ready to completely destroy “Suplex City,” and Lesnar doesn’t seem to have much say in it. Lesnar’s advocate Paul Heyman spoke on his client’s behalf but that wasn’t good enough for “The Beast”. Brock Lesnar looked into the camera at Strowman and thanked him for backing him into a corner.

Being backed into a corner is when Lesnar is at his best, according to the champ himself. If that wasn’t enough ammunition to anger Strowman, Lesnar had one final message. “Suplex city, bitch.” Brock Lesnar always backs up those ominous words, but this feels different. Either Lesnar will find a way to retain the gold or a new monstrous reign is upon us.

For weeks, Kurt Angle’s “son”, Jason Jordan, has tried to prove himself up against the toughest superstars on the roster. He took John Cena and Roman Reigns to the limit and now he has his sights set on The Miz. Jordan won a number one contender’s six pack challenge to earn the right to face him. Jordan suplexed The Miz after a confrontation at the end of the match and I’m stoked.

I think that Jason Jordan has all of the tools to be the next big thing in WWE. The only thing lacking from Jordan is some charisma, but each week, he shows more and more promise. The future is very promising for Jason Jordan. I am not sure what the ultimate end game is for Jordan and Kurt Angle but it’ll be good. A WrestleMania showdown?

OH MY GOD. John Cena picked the worst possible time to be absent during his feud with Roman Reigns. Roman tore Cena to shreds last night with John not there to defend himself. Reigns brought up Alex Riley which was a majorly shocking move. Riley is never discussed, especially with the rumors about him and Cena and why Riley is no longer employed there.

Reigns reference Cena’s infamous beef with The Rock which was highly publicized and turned into a WrestleMania spectacle. John Cena is famous for berating Rock for leaving and ditching WWE for Hollywood, and Reigns drew a parallel. Roman Reigns ended the segment by echoing John Cena’s words to The Rock five years ago, “see you Sunday, move star.”

Alright guys! What did you think of this week’s RAW? Bayley’s back! Love her! 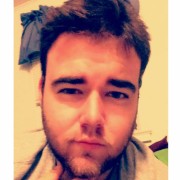 Bryce is a passionate writer and entrepreneur who enjoying watching TV to soak up inspiration for all of his projects. Obsessed with TGIT lineup and major 'Housewives' super fan. He hosts a late night Facebook live talk show called 11Eleven that serves as a launching pad for creators, activists, entertainers and much more. He also has a new poetry book available now on Amazon called "Panic Peekaboo".