12 Monkeys season three may be finished for the year, but the words resonate. Never underestimate the power of a good bit of dialogue as they have the ability to bring us to tears and laughter – or tears through laughter. But it’s best when they make us sit back, ponder, and say “ooh, that was good.”

Below are a few wordy character highlights over the course of season three. Some were funny and clever; many were poignant; and others were just too damn delightful to let go.

Right at the start of the season, 12 Monkeys is hitting us hard with what’s to be a primary element of the show (and this season in particular): the power and strength of motherhood.

Last season, Jones became a mother again, and we witnessed an emotional shift for her character as Hannah returned. We’ve also seen the detrimental distraught bad mothers brought to their daughters in Jennifer and Olivia.

This season, while Cassie becomes a mother, we also meet her own charming mother in a pivotal life moment – for both ladies. And then, at the very end of season three, we get a taste of Cole’s mysterious mom in a flashback scene. It’s evident, she will be crucial come season four.

I wouldn’t worry about Cassandra. Nothing stays in a box forever. – Olivia (“Enemy”)

Olivia has some killer lines this season – which is no surprise considering her story arc. So, while she may be discussing Cassie’s fate, it’s clear Olivia won’t remain in her own prison for very long.

Speaking of Olivia, Jennifer metaphorically nailed it when discussing the Striking Woman’s many layers – just like a turducken! Olivia’s got plans upon plans – and should never be trusted. We all now know this. (Or do we?)

You always try to do the right thing. – Ramse (“Brothers”)

This is important. As previously discussed in my season three wrap-up piece, Ramse’s death was imminent. While he and Cole often disagreed on the other’s motives or intentions, there was always a level of mutual respect. Right up until the end when Ramse acknowledged Cole’s alleged personality flaw of wanting to do the “right thing,” whatever that may be.

House of cedar and pine is about his life, not mine. He lied.  – Olivia (“Causality”)

Olivia’s not lying here. So, while the “house of cedar and pine” became part of the manifesto of the Witness, its literal meaning irritated Olivia, just fueling her fire to destroy him.

When Cassie is back with the gang – before all hell breaks loose again – the team goes on a comical heist mission to the 80s. It’s a sweet, albeit brief moment, but Cole says this to her after she, without skipping a beat, jumps back into badassery with some knockout fight moves.

Your dad is an asshole, never forget that. – Deacon to young Jennifer (“Causality”)

In the same 80s backdrop, we meet a young, adorably weird Jennifer. And even at an early age, her father berates her. Deacon witnesses this and is sure to let the child know. This also reinforces Deacon’s protective nature with Jennifer this season – and I like it.

I guess Santa brought me Cole for Christmas after all. – Agent Gale (“Nature”)

As you may know, I love Agent Gale. I also love puns. And Christmas. So, really, this is perfect dialogue.

In a weighty episode opener, Jones gets serious about the urgent business of the mission and the fact that they are trying to kill a child Witness.

We don’t get to change the past and keep the future.  – Cassie (“Nurture”)

This sums up the severity of the show, doesn’t it? Should the goal of stopping the plague eventually come to fruition, everything we see and love about our characters and their lives would go away and be rewritten. The future is a double-edged sword – and it’s going to cut deep either way.

Never give up on family. You fight. Win or lose. – Dr. Railly, Cassie’s mom (“Nurture”)

Cassie’s mom is perfect. So, when Cassie needed a little parental advice, she got just that in the purest of words.

Man, Jones… but as a mother, you should know, right?!

This statement, or a variation of it, is said at various moments throughout the season. While she and Cole are constantly sharing space (and time) with the Witness, Cassie is always on the lookout for a glimpse of him, because he is her son after all.

In a perfect episode, “Thief” gave us the Witness, not as a monster, but as a person. And in this story, he loves and loses. While “Love knows nothing of time,” the same can be said when reversed to “Time knows nothing of love.” Both are seemingly unchangeable. Both are powerful forces that could rival the other.

You wanted the Witness to return. She has! – Olivia (“Witness”)

Ooh, now that’s a damn good line. It was the turning point to end all turning points. The mysterious Witness we’ve known all this time was right under our noses, unbeknownst to everyone (including Olivia).

What were some of your favorite lines this season? Who had the best lines? My vote is going to Olivia! 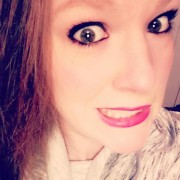