We want more. The bottom line is we want more from our heroes and the Arrowverse in general. Yes our heroes should be flawed, and yes they should make mistakes and have problems to deal with, but they shouldn’t be idiots. This season finale was meant to be big and flashy and emotional and heavy, but it instead felt heavy handed, overly dramatic, and contrived.

Supergirl is suffering from the same problems as The Flash, and the easiest way to identify the problem is to say that it feels like they’re being too literal in the translation of comic book ideas into television. In doing so, they’re missing the opportunity to address the flaws and tropes of the comic book genre.

In this podcast we break down:

Be sure to share your thoughts on this episode in the comments, or tweet at us (@heniadis and @kheniadis). We’d love to hear what you think and what you’d like to hear from us.

Tune in to Supergirl every Monday at 8/7c on The CW, and join us every Wednesday for SuperTalk! Head to Pure Fandom’s podcast hub for more weekly shows on The Walking Dead, Syfy’s Van Helsing, Star Wars and more. 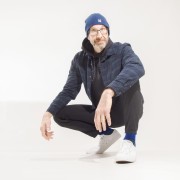 Spyros Heniadis (Spear-ohs Hen-e-ah-dis) is a Wisconsin native. At five years old his Mom sat him down in front of the TV one night and said, “Watch this, I think you’ll like it.” It was Star Wars, and he’s been hooked ever since. When not enjoying the cornucopia of TV, movies, comic books and books, he can be found making YouTube videos about photography or on a photo shoot.