After it’s release last month, everyone has been dying for Netflix to finally spill the beans on Stranger Things. Season one was an overnight success and fans were immediately teased with rumors of its renewal. The waiting game went a little like this: come on Netflix, we all know you and season two have a ‘THING’! 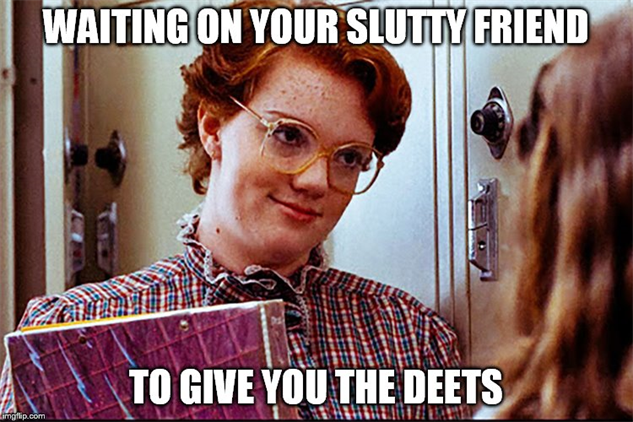 I think we all knew, even before it did, that Netflix kinda fancied Stranger Things.

So, if you haven’t already heard, Stranger Things has been officially renewed for a second season! Check out the announcement trailer here.

And, in light of this exciting news, we thought we’d propose some ideas. We’ve already discussed our theories plot-wise, so this time we’ve imagined the second season a jammin’ soundtrack!

This phenomenal show has been an excellent vessel for 80’s nostalgia. Season 1 paraded a brilliant selection of old records through its eight episodes, grabbing many viewers’ attention. So much so, the official Netflix Spotify account actually made a Stranger Things season one playlist, available below:

Given this, I then handed myself the grueling task of having an incredibly fun, day-long, 80’s jam session! Below is the Stranger Things season two playlist I compiled. There’s going to be nine episodes in season two, so I’ve picked nine songs that I think could drive the story. Season two will be set in 1984, so I kept all the songs within the 1980-1984 range.

This was all just a bit of fun and again I let my imagination run a bit wild. I expect this is what Duffer Brother’s wanted their audience to do, though. You don’t write a mere eight-episode-long season, keep it totally engaging, yet leave a bunch of unanswered questions, and not expect your enthralled audience to speculate and theorize until their next dose. You just don’t. So, I happily admit that I’ve fallen right into their trap.

What about you guys? What 80’s songs do you want to hear in season two of Stranger Things? Did you like our playlist? Are there any songs you’d omit or have you come up with your own ways to implement them? Let us know in the comments below? We’re unbelievably stoked for this upcoming season here at Purefandom, so be sure to check in with us for all the latest updates and fun discussions.

Stranger Things, season two will air on Netflix in 2017.