The Russo Brothers’ two-part Avengers: Infinity War films were always slated to be hulking projects, and Joe Russo’s comments at Wizard World New Orleans confirm they are exactly galactic in scope and are absolutely drenched with characters—67, to be precise.

Given the amount of characters already introduced in Marvel’s Cinematic Universe, from Robert Downey Jr’s Iron Man to Kristen Ritter’s Jessica Jones (the most recent addition to the Universe) it’s really no surprise the character roster is massive with about thirty characters previously introduced to audiences and more on the way with Marvel’s upcoming releases—Captain America: Civil War and Doctor Strange slated for this summer.

Netflix’s upcoming projects include both Iron Fist, which has yet to be cast, and Luke Cage, who had a part to play in Jessica Jones. Since we know those characters are coming together into a super-project of their own titled, The Defenders, it’s safe to assume that they will be involved in Infinity War also. And that’s where things start getting interesting.

Imagining both Black Panther, being portrayed by Djimon Hounsou in Civil War, and Luke Cage interactions in Infinity War is exciting; one being from nobility and the other being a former prisoner. Jessica Jones, who Ritter portrayed flawlessly, is such a sassy and headstrong character it will be a cinematic joy to witness her interactions with the bromance of Tony Stark and Bruce Banner, as her pessimistic attitude is the antithesis of Tony Starks’ overbearing personality and would put Banner’s self loathing to shame.

And then there is Vision. It was intriguing to see Vision’s musings on humanity, imagining the Defenders all interact with him would be nothing less than profound. And that isn’t even going over the characters introduced in Guardians of the Galaxy; the comedy of witnessing Captain America interact with Rocket Raccoon and their journey of coming to some understanding between those particular characters is almost a movie within itself.

Something that would be fantastic is if the rumor of Inhumans cancellation holds to be nothing but pure conjecture, because the Inhuman royal family are some of the more interesting Marvel characters yet to be introduced. Black Bolt, Medusa, and Lockjaw would be great additions to the roster. The dream, however, would be for Marvel to work out a deal with Fox for Fantastic Four and bring their first family back into the Cinematic Universe.

While that’s all fun to think about, however, the character number feels like something to be worried about. With complaints of bloated Avengers: Age of Ultron steadily ringing in fans ears, how can the Infinity War films be anything but overstuffed and bursting? Is it even possible to make a film with so many characters and their necessary POV work; because, if it isn’t, the future of comic film is questionable. 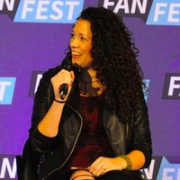