Facebook Twitter Tumblr Pinterest Reddit WhatsApp Share via Email
Here at Pure Fandom, we love comic books. We love reading them, watching their adaptations, and learning about their histories. AMC feels the same way and is launching a new documentary-style series all about the secret history of comics, aptly titled Robert Kirkman’s Secret History of Comics. Its third episode, “The Trials of Superman,” will follow the legal issues surrounding Superman creators Joe Shuster and Jerry Siegel.

We chatted with the stars of the episode, Blaine Anderson (who plays Joe Shuster) and Brendan Taylor (Jerry Siegel) who told us all about their relationship to comics, Superman, and this messy legal history.

The two of you are playing the creators of what is arguably the most iconic and highly recognized character in comic book history. What do you think makes Superman so appealing to audiences, even to this day?

Blaine: The core of Superman, I believe, is the connection with justice and fighting for what’s right. And I think that his ideals and what he fights for is a timeless thing.

Brendan: The appeal of this character being an everyday person, or someone wanting to fit in, and having this great power and responsibility — I think people can relate more to a character that is closer to them, and I think we can all relate to wanting to be accepted and to fit in.

Are you comic book fans, yourselves?

Brendan: Absolutely! I was a very big fan growing up — collecting cards, collecting comic books. I still have a collection in my dad’s attic that I’m hanging on to.

Blaine: I definitely grew up loving Superman – I was him for Halloween one year. I loved a bevy of heroes, from Batman to Thor to Wolverine and X-men. I also have a large crate down in my basement full of my old comics from collecting as a youngster. And now that I have two kids I’m sharing the whole new comic world again with them, so it’s come full circle for me.

Brendan: Yeah, as a youngster I had my entire walls covered in posters that I’d collect. Floor to ceiling posters with everyone from Superman to Batman. I was really into X-Men myself. Gambit was my guy, and I dressed as him for one Halloween. I homemade the costume and everything. But yeah, it was a constant thing in my life growing up.

Was it a challenge to play real people, especially ones so well known for their legal struggles?

Blaine: The turnaround from us being cast in this to shooting was so fast. And in the limited video online of Joe and Jerry they are quite old, they are in their 60’s and 70’s at least. So we got that aspect of them and kind of had to backtrack from there and piece together stories from the director, Rory. He had a ton of stories because he had already talked to many people before creating this project. It was interesting to come into a project without a ton of stuff to go on, but we absorbed everything we could get our hands on.

Brendan: It was, in a sense. Wanting to honor the truth of the story is the one thing when playing real characters. I think, in a way, it’s similar to fictional ones because you just want to do them justice and do the story justice. But yeah, we did a lot of research together — me and Blaine and Emma (who plays Joanne) — and we sort of shared information with the limited time we had. We just wanted to portray the story and them as best we could.

You mentioned doing research for this role. Were you familiar with this story before you were cast?

Blaine: As a kid and a comic book fan, I really focused on the characters in the comic books, so I didn’t really know much about the stories about these creators. As an adult, I found out a little bit more. In Canada, we used to have these commercials called The Heritage Moments, and Joe Shuster was a Canadian American and they did a commercial on him drawing Superman for the first time. That was something I think most Canadian kids who knew Superman in comics saw, and knew that there was this guy that was born in Ontario and he penned Superman. So that’s one little tidbit I knew of them, but the full details and struggle of their story was really unfamiliar to me.

Have you heard of “The Superman Curse”? It’s this idea that people who work on Superman stories, starting with Joe and Jerry, often have terrible misfortune for the rest of their lives. How do you feel about this pop culture myth?

Blaine: I was reading the history of some of the actors who have portrayed Superman, from Reeves to Reeve. It is — I don’t know if it’s coincidental or a curse — but there is some obviously very tough stories to hear about these guys who have played Superman, so I don’t know if it’s a curse or an awful coincidence, but there is a dark lining around this story for sure.

Brendan: Around Reeves and the TV show, and the tragedies around that, it’s definitely a strange coincidence. Who really knows how or if these things are tied together, but it definitely is ironic that it’s tied in to this invincible character. It’s definitely eyebrow raising.

What are you hoping viewers take away from this episode? Do you think it will change some people’s perspectives on Superman?

Blaine: I don’t think a ton of people know where comic book characters come from. And, as Brendan and I are both comic book fans, we clearly didn’t know most of the stories that we’ve heard. I think AMC does a really great job of filling in those missing pieces in a really engaging way. I think the fans and the audience will really enjoy the uniqueness of their journey.

Brendan: Sort of getting in touch with the humanity behind this phenom that is Superman — any artistic creation is created by people, by humans, with problems and struggles, and often as entertainment. As a consumer we don’t see everything that goes into these projects — these stories and films and everything. So, I hope they take away their victory and their dedication to their passion and really appreciate it more, and ultimately become a bigger fan. I think ultimately, dedication is something that I relate to, personally, in finding success in the things that I want. I think you can learn something and take away something from these characters. If you’re pursuing something, dedication is key if it’s your passion.

You can catch Blaine Anderson and Brendan Taylor as Joe Shuster and Jerry Siegel in the Nov. 20 episode, “The Trials of Superman,” at 10 PM EST. 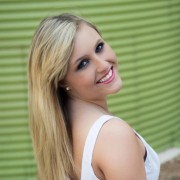 The save ‘Anne with an E’ petition reaches new numbers