It’s here folks. The biggest question of the season (besides “Iris West will you marry me?” that is) has been answered. Savitar is…

I knew it was a very real possibility after the “I am the future, Flash/I am the Future Flash” declaration. However, I didn’t want to believe that any version of Barry would even think of hurting Iris, much less murder. What happened to sweet dorky Barry Allen?

You’d think that a guy who calls himself the “God of Speed” (it’s crazy that a version of Barry Allen is conceited enough to call himself a god) would know better than to interact with his past self.

I’m doubtful of the writers’ choice to reveal Savitar’s identity so late. To me, it’s not so much dragging out the reveal than the time left to really explore Barry as a villain. There are only three episodes left – not a lot of time to see Barry being evil.

On to the recap…

Joe and Cecile went on a date/morning jog, after which Cecile drops the L-bomb. Joe, caught off guard, makes things awkward and escapes via emergency call from Star Labs. Wally is visiting Jesse on Earth 3 (at this time?! I guess Barry felt sorry for him after witnessing the future). The remaining team decide to look for Tracy Brand, the physicist who helped Emo Barry trap Savitar. Julian thinks they are neglecting the missing Caitlin/Killer Frost, who Cisco hasn’t been able to locate.

They find both of them soon enough. Tracy is burning her research at Central City University after her too-advanced dissertation fell through, and Killer Frost has arrived to kill her. They manage to get Tracy to CCPD, but she leaves to get food after providing her statements. To keep watch on her, they send HR to flirt with her (HR’s own doing)/ask her about her work (Cisco’s doing, via earpiece). It’s pretty fun watching HR and Tracy, but Killer Frost interrupts the sort-of date. Barry chases the ice-surfing “white witch” around town, but ends up getting stabbed in the leg…again.

Team Flash bring Tracy to Star Labs and promptly overwhelm her with her future greatness. Also the fact that she needs to speed up her work if not someone will die. No pressure. Tracy runs away to think…before a statue of Galileo. HR finds her and gives her a pep talk, convincing her to help Team Flash.

Throughout the episode, Julian and Cisco have been at odds about Caitlin’s status. Cisco blames Julian for taking the necklace off in the first place. Julian is upset that Cisco hasn’t located Caitlin. Now, he confronts Cisco about not apprehending Killer Frost when he had the chance in both battles. Cisco is afraid he might end up killing his friend, thus his hesitance to shoot Caitlin. Joe breaks up with Cecile in an effort to keep her out of the metahuman madness. Soon after, Killer Frost captures the DA to force Team Flash to bring Tracy to Savitar.

Barry creates a plan to free Cecile. Julian tells Cisco he won’t hurt Caitlin because his powers come from a place of love, not destruction. That doesn’t really make much sense even for a show running on convoluted pseudo-science, but it’s the pep talk Cisco needs. During the confrontation, Killer Frost eerily knows what Barry is going to say as he says it – Savitar told her everything play-by-play. All this has already happened. She blasts Cisco out from his hiding place in the rafters – another detail from Savitar.

She makes to kill Tracy, but Barry takes the ice blast and gets knocked aside. Cisco squares off with her before she can hurt anyone else. The Vibe vs Killer Frost scene was my favourite scene of the episode. Cisco eventually gets the upper hand, and draws a blood sample from a knocked-out Killer Frost. Unfortunately, Savitar appears and runs off with Caitlin before Team Flash can take her back to Star Labs.

During her brief encounter with Savitar, Tracy has deduced that his suit (more like a shell) is probably meant to disperse all the heat and electrostatic charge built up from running so fast. This energy can be harnessed to trap the speedster.

Joe makes up with Cecile and returns her ILY. He tells her about Team Flash, then goes home to share the news with his kids. Kids being Barry, Iris and Wally, who has returned from E3. While the Wests talk about what everyone would be if they didn’t have love, Barry comes to his own realisation.

Barry confronts Savitar about his knowledge of Team Flash. “You lived it. And you remember,” he seethes. “When you were me.” “It’s about time,” Savitar says, echoing our precise thoughts. Nevertheless, he steps out of his shell to confirm his identity, and Barry sees what he has become.

There’s no Flash without Iris West. Oh no, because the Flash, a symbol of hope and goodness, would be the evil Savitar instead.

I wonder how Barry will tell Iris.

Anyway, if you thought Emo Barry looked bad, you should see Savitar Barry. He’s lost the frumpy wig, but his hair is still a limp mess. He also seems to have some kind of burns on the right side of his face. In other words, he’s like a scrawny Zuko, “but [the] scar’s on the wrong side”.

What an intense episode. To lighten things up, here are some Barry/Savitar memes:

What are your thoughts on the Savitar reveal? Did you guess right? Let us know in the comments below!

Check out our Flash Zone for more news on The Flash! 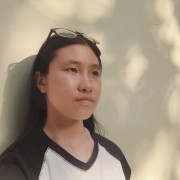