The newest episode of Arrow had me confused, devastated, and screaming at my television just a little too loudly. Surprisingly enough, that’s meant to be a good thing. For the first time this season, I was actually invested in the storyline, the characters, and the new Team Arrow dynamic. I don’t think I’ve felt this way since Laurel Lance died (yes, I’m still bitter). With that being said, let’s dive a little deeper and find out what exactly made this episode seem so good.

So let’s get the flashback portion of the episode out of the way first. Seeing as though Oliver has completed all three of his tasks, he goes to face the council in the hopes of becoming a Bratva. After an interesting talk, Oliver is accepted.

With our Ollie now a part of the brotherhood, he and Anatoly go to the bar for a drink. Just a calm night with some old friends catching up right? Wrong. Things go south when Oliver goes outside for some air and is immediately ambushed by a group of men.

After Oliver is saved by a mysterious man, Anatoly makes things even more confusing when he reveals that someone is trying to have Oliver murdered. Why is everyone always after him?!

Alright, now on to the present! The episode starts off with Church still holding Rene captive and telling him some pretty scary stuff about psychological pain. I’m gonna go ahead and admit that it gave me the creeps!

The secret that’s become less and less of a secret

Meanwhile, the new Team Arrow is searching for Rene with no luck. But with the help of Felicity (as usual) Oliver is able to track down Rene and save him from Church and his men. There’s only one tiny problem. Sometime during his torture, Rene accidentally let it slip that Oliver was the Green Arrow.

So now Church knows who Oliver really is. Great. As shocking as it seems, the revelation definitely doesn’t have as much impact as it would of in season 1. So many people know Oliver’s secret at this point that I’ve lost count of them all. It does however, pose a threat to Oliver’s life and his position as mayor.

“The Human Target” makes his entrance

As Oliver walks out of City Hall later that night, the guards next to him are immediately shot down. And here comes the most shocking part of the episode: before anyone even has a chance to blink, Oliver is shot at least four times.

Well Arrow writers, that certainly got our attention.

Now I know they could never kill off Oliver. He is the show and it would be impossible to continue on without him. But come on four or five bullets to the chest? How could they ever come up with a way to save Ollie after that? I’ll admit I was in a bit of a panic for a second there, but my fears were quickly put to rest.

Turns out Christopher Chance, also known as “The Human Target,” disguised himself as Oliver (upon his request) to make Church (as well as the city) think he’s dead. He also happens to be the mysterious man who saved Oliver from that pounding session in the flashback. This Chance guy definitely knows how to fool us all.

With Diggle officially back onboard, Oliver (as well as Chance and the rest of Team Arrow) manages to take Church into custody. And I just have to note that seeing John Diggle (aka Spartan) back in action was probably one of my favorite parts of the episode. I mean, even the newbies were blown away!

How could we have a truly fulfilling Arrow episode without a beautiful Olicity scene? After Oliver explains his “death” to the city and announces the arrest of Church, Oliver and Felicity share a moment that’s too sweet not to mention. In light of Felicity’s new boyfriend, they both agree that they each should explore whatever relationships come their way.

As pure and heartfelt as this conversation was, I couldn’t help but grow increasingly frustrated. Come on Olicity! The only relationship we want explored is yours!

Just when I thought things couldn’t get more interesting, two more WTF moments go down in the episode’s final minutes:

All in all, I really enjoyed this episode. It was jam packed with action and had by far some of the most shocking moments of the season. Let’s keep our fingers crossed that the rest of the season continues to improve and gives us that original Arrow feeling again!

Arrow airs Wednesday at 8/7c on The CW. For more recaps and news check out our Arrow page. 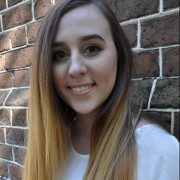