Fresh off the release of Captain America: Civil War, we Marvel fans almost expect to be spoiled. Spoiled with explosive action, spoiled with a perfect touch of comedy, and now spoiled with a mass of big name stars throughout a movie.

Well, it looks like Thor:Ragnarok has a chance at being another blockbuster that gives us all three.

Chris Hemsworth, Tom Hiddleston, Idris Elba, and Anthony Hopkins are firmly entrenched in the Norse God franchise. Marvel has also has added the likes of Cate Blanchett, Karl Urban, and Mark Ruffalo (who will be reprising his role of The Hulk) for the third film. Additionally, Jeff Goldblum will be taking a break from filming his Apartment.com commercials to play the villainous Grandmaster.

“He’s a hedonist, a pleasure-seeker, an enjoyer of life and tastes and smells. I thought, ‘I can do that, I’ll bet!,’” Goldblum told Empire about his role. “I’m a sponge, researching… [Director Taika Waititi] is encouraging me to improvise and make it my own, and that’s what I’m trying to do. I hope he doesn’t throw me out on the first day!”

Waititi has never directed a monster project like this, but he has seen some success with What We Do In The Shadows.

One of the criticisms I have for Civil War (and I didn’t have many) is the story being a bit disjointed due to the fact Marvel smushed so many heroes into one movie. That could be a concern as the Thor: Ragnarok cast continues to grow, but I think it’s different this time around because the majority of these big names are playing characters so closely related to the title character.

It still remains to be seen how well the story will be done and how adept the director will be. But there is little doubt the Thor: Ragnarok cast has unlimited potential to bring the action, comedic relief, and star power we clamor for. 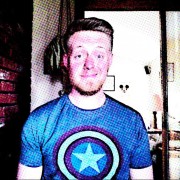