Like fine wine and also cheese, Scott and Stiles’ friendship only gets better as time passes. While there is no proof (yet) that they shared bubble baths when they were toddlers (unlike Stiles and Heather), this is undoubtedly the most important relationship on Teen Wolf. Jeff Davis has hinted that it might become strained during season five…so let’s all take a deep breath and relive some of their sweetest, funniest, and most emotional moments together.

While we don’t know exactly when the epicness started, it’s clear these two have been very comfortable around each other for a while. Maybe a little too comfortable, honestly.

I remember the time when I was casually hanging upside down from my BFF’s porch… not. In any case, they go on many adventures together, sometimes featuring gay clubs.

Being perspicacious isn’t in Scott’s job description, okay? (But keep on learning those SAT words, bb.) Sarcasm, however, is Stiles’ second nature.

And if sometimes it takes Scott three full seasons to catch up, well, no one needs to know.

That being said, once in a blue moon (let’s please not give Jeff Davis any ideas though, we already had one disastrous lunar eclipse), Scott morphs into Sassy Scott, surprising everyone, including probably himself.

Miffed-Stiles is the best. He could be a little more enthusiastic when his best friend is the one who gets hit on though:

In the end, he’s the one who made lifelong friendships with the drag queens though so I figure it’s win-win. And Scott, being the sweet, precious person he is, goes all Proud Dad when Stiles gets the girl.

Unfortunately, as with most close friendships, it isn’t all puppies and rainbows all the time. Especially in the early “But I don’t wanna be a werewolf” days, Scott could be pretty insensitive. He should have known that Stiles’ dad getting hurt was a huge nope on the broship-front. Stiles finds, um, interesting ways for Scott to make it up to him. They happen to involve bodily harm…

But even when they’re fighting, this is the kind of friendship where Stiles still does his absolute best to keep Scott and the Beacon Hills population safe during the full moon. Risking his own life in the process, might I add, even after Scott made out with the girl Stiles had been in love with since third grade. Yeah, let that sink in. Stiles would never.

Well, Stiles would never when he’s himself. Nogitsune-Stiles, however, will take advantage of Scott’s empathy, stab him and twist the knife in the wound without batting an eye.

… We don’t talk about Nogitsune-Stiles.

Thankfully (for them and also my heart), when Stiles isn’t being possessed by an evil trickster, these two are always there for each other.

In fact, “best friends” doesn’t quite cover how much they mean to each other.

Anyway. *tries to regroup and fails* what are your favorite Scott & Stiles moments? I can’t wait to see more of these two! 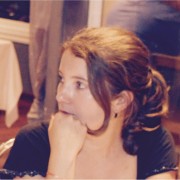