Lets face it: we all want Damon Salvatore to be real. Who doesn’t? If you don’t, then you want Eric Northman to be real, or Derek Hale, or basically anyone that has a bad-boy supernatural past and looks like this:

Or maybe both. Either way, the world of the supernatural has seeped its way into reality, and it’s starting to set the bar for some of us in what we look for in a romantic partner. Don’t believe us? There have even been hate tweets to The Vampire Diaries executive producer, Julie Plec, about breaking up Elena Gilbert and Damon Salvatore in the show, because he’s, “the perfect man”. News flash, fangirls and boys: it’s not real! What is real, though, is the realization that we should be treated like vampire royalty, whether our romantic partner is a vampire or not. Agree?

On a quest to discover how deeply we’ve indulged in the fantasy of dating these fictional TV characters, DatingMetrics.com gathered every single “most dateable TV character” article they could find to see exactly how much vampires and other supernatural creatures have charmed their way into our lives. (We think the .GIFs above explain it all, but the information they came up with was quite interesting.)

To find out which TV characters women fantasize about dating the most, DatingMetics.com rounded up 53 “sexiest TV character” lists (only written by women), and after counting 444 votes, out of the 200 characters who received two votes or more:

We were pretty surprised that the leather jacket percentage wasn’t higher, but we’ll chalk it up to the fact that those voters must just be catching up on our favorite supernatural TV shows. From the same poll, DatingMetrics.com found that the top 5 TV series for fantasy boyfriends are:

What they found for the top 5 TV characters women want to date wasn’t too surprising, especially with the number one pick:

Check out more stats in the graphic below:

It’s pretty interesting to see the science behind Damon Salvatore’s abs of steel, no? The only thing that was disappointing to us was that Daryl Dixon failed to make the grade (seriously?). To read the full report and learn exactly what traits make these blood sucking serial killers so attractive, you can bite into the rest of these “girlfriend secrets” on DatingMetrics.com. Until next time … #FangsOut 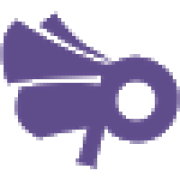